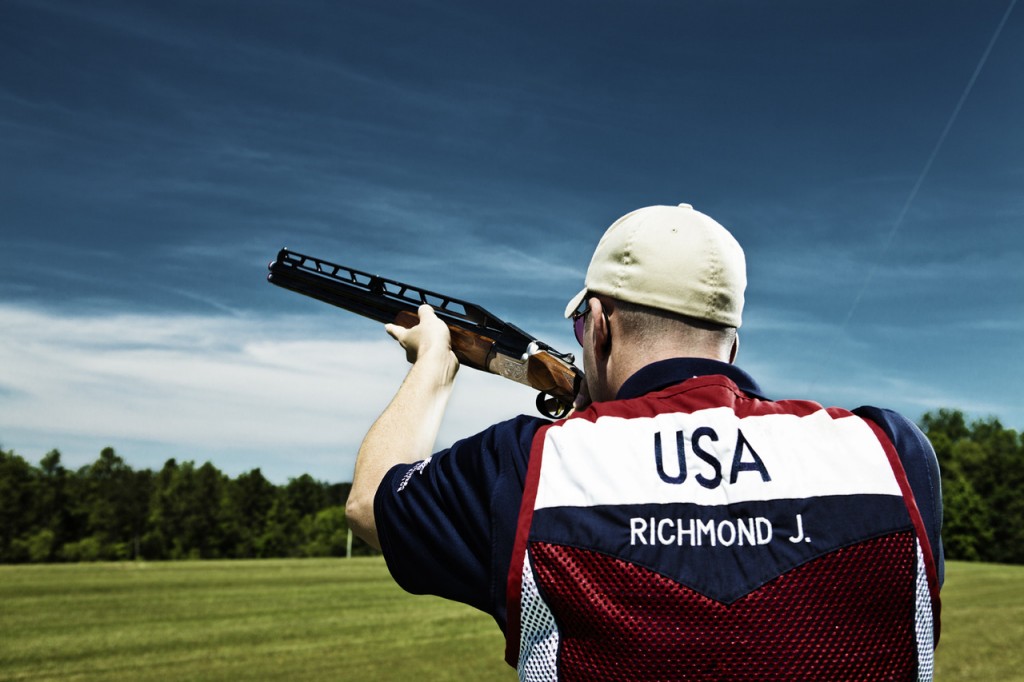 With the Olympics starting tonight (officially), athletes from around the world are prepping their A games.  In April, I photographed US Olympic trap shooter Josh Richmond at his practice range at Fort Benning.  Josh is a part of the US Army Marksmanship unit.  My photo ran in July’s Field & Stream’s Bullet Points section.  A great guy and a deadly shot.  I was lucky enough to be able to shoot his competition shot gun and even hit the first target thrown!  Go Team USA!