Georgia State gets a football team 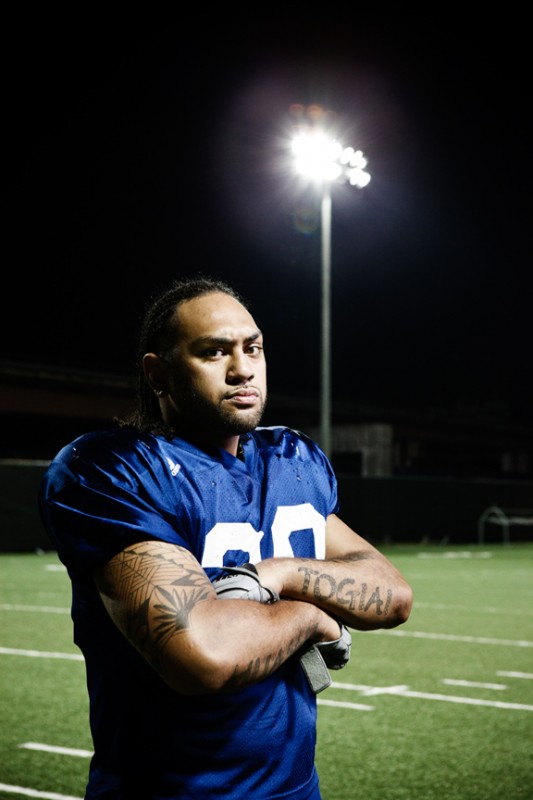 The NFL draft signals the beginning of football season and the start of a new future for many college players.  This year I was engrossed with the coverage because of the huge pool of talent.  A few years back I was able to photograph Georgia State University’s first batch of players for their inaugural season for Atlanta Magazine.  It turns out that after only 2 years of playing, they now have players that have a shot at become pros.  Defensive lineman Christo Bilukidi was drafted by the Oakland Raiders in the 6th round and the Winnepeg Blue Bombers of the CFL in the 3rd round, outside linebacker Jake Muasau signed a free agent contract with the  World Champion New York Giants (GO BLUE!) and defensive back Brandon Jones was the first to step on the field with the Arena League Tampa Bay Force.  While I didn’t get a photo of Bilukidi, Muasau and Jones were on the field for me that day.